Did you leave these panties over by the Huron parking lots? 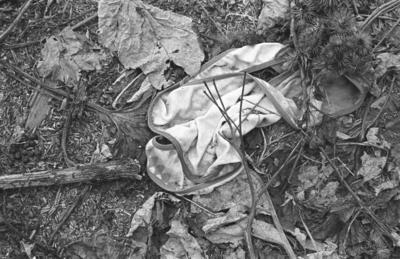 So, what’s the story on these? They were twisted amongst frozen grass and brush just down behind the slope by the tracks. Were they cast aside and lost in a moment of passion? Stolen from a laundromat and carefully sniffed until a sweeping police spotlight caught the man lurking in the grass? Perhaps they were temporarily used as a fan belt on a limping diesel train. I think it’s that.