New camera, film scanner, far too much contrast, and, uh, something. 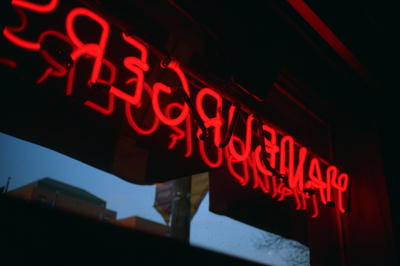 I have a new photo workflow for film:

I suppose that there should also be a flickr step in there, since some people like the whole flickr thing (and honestly, the web space that I am renting does not include niceties like “fast execution of mysql queries”).

With that said, here are some pictures: 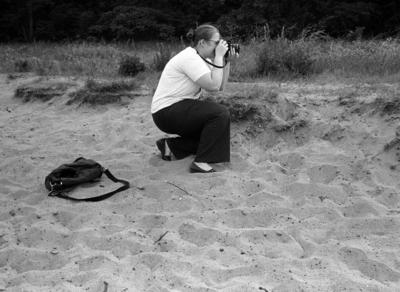 A building on campus. With shadow. 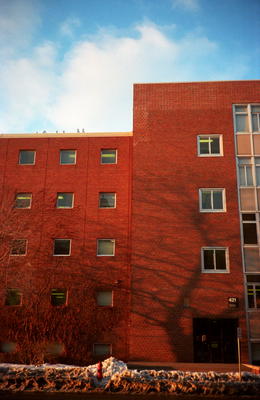 The top of a tree, this time with building! 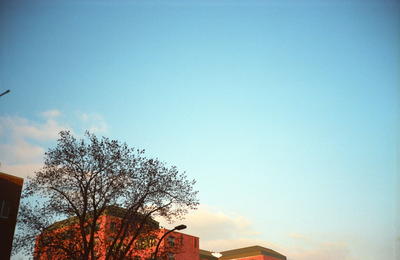 I should really install Photoshop again, because I ought to crop the light pole out of that shot.

I work at Coffman on campus 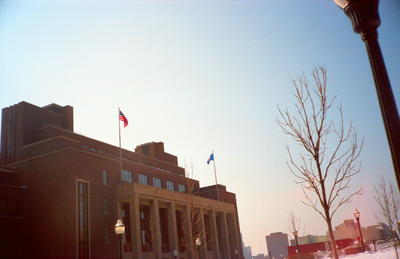 A jury of my peers. I kind of want to do a photo project around this room. 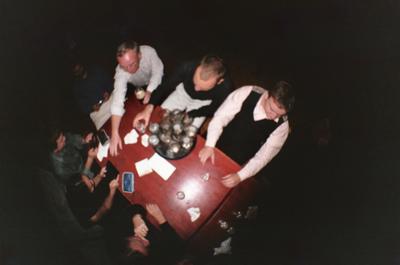 More trees. I LOVE vignetting. Good lenses have no character! 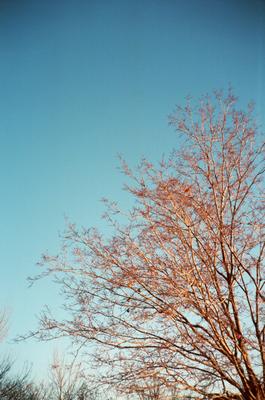 You might notice that I’m only shooting the tops of the trees. Every time I do this, I picture the little brother of a friend of mine from elementary school mocking some kid they knew. He would pull a baseball cap down low over his eyes and say:
“Can’tseethetopsofthetrees!” at such a rate as to cram all the words together into one German-sounding work (like Rindfleischetikettierungsüberwachungsaufgabenübertragungsgesetz)

Then he would flip the brim up and shout “now I can!”

Something about his delivery still cracks me up. You might not get it, or even care to get it, but it’s like a song stuck in my head.

Lee Friedlander has a theme of shooting scenery through trees. This is not the same.

“I’m a barbie girl, in a barbie world, life’s fantastic, when you’re plastic!”