Six Months Without You

It was September first when last I rode my bike — I think that the last day in August was the one where I found out that my brakes work terrifically as I flew over the handlebars and into the path of an oncoming car. Fortunately they had a stop sign. 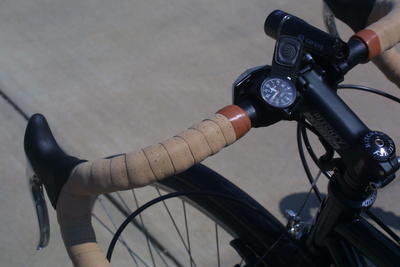 Last summer was kind of hard on my biking — first there was the tendonitis where my left quadricep attaches to the patella (or some approximation of such an idea) which waylaid me for over a month, then the mostly uneventful crash closely followed by some inexplicable foot, ankle, and calf pain the weekend before classes started, then, well, I just had some trouble with the notion of being alone with my thoughts.

The winter made me miss biking, mostly because of the five pound yoyo that I am riding. It’s better that I hop on board this steel contraption daily and go back to melting a few pounds a month. With the weather turning towards the photogenic my triumphant return to two wheeled form was more than due.

I should mention that Johnson is a hell of a hill to climb. I got home and wanted to fall down the back steps. No pain, no gain, right? This is why I don’t ride outside of my commute, except maybe to go to family breakfast on Sundays. We haven’t done family breakfast in a while. Boo.

Anyway, I just thought that you might like to know that I am working again to offset my constant bacon consumption.

One Response to “Six Months Without You ”