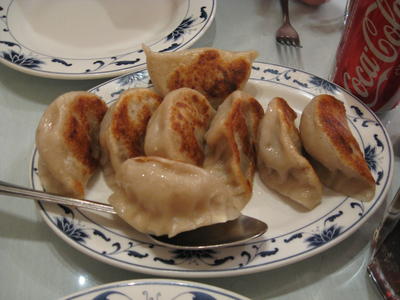 I met Sarah at the CalTrain station after an hour or so of watching California slide past outside the windows. Despite my then-brand-new pants and a reasonably fresh shave, I still felt pretty haggard. I may have showered when I got to our room at the Executive Vintage Court Hotel. I may have staggered around the room in a grim stupor and taken a quick nap under the desk. I’m not really sure which happened, but both Sarah and I were awash with hunger, so I scraped myself up and dumped myself into some fresh clothes so we could head out. Chinatown beckoned, with its writhing live seafood and endless armies of cast resin knick-knacks.

At the entrance to Chinatown is a faux-traditional gate, as though it were the entrance to a bucolic village nestled amongst rice paddies instead of a dirty street buttressed by the cardboard erections of muttering homeless folk. The entrances were guarded by “Foo Dogs” (石狮) — notable for being lions and for sharing their name with the ubiquitous variable $foo — the x of the programming world. 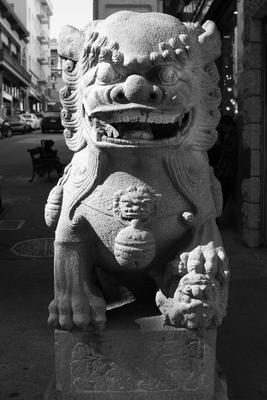 If you don’t go in by the 石狮, you find your path guarded by the “street keyboards,” which are certainly no less fierce. 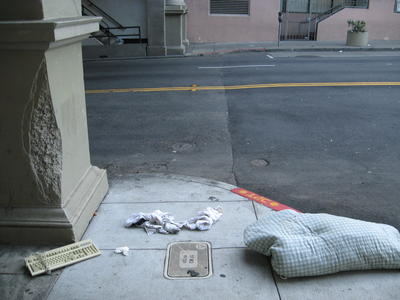 In Chinatown we sought Dim Sum, hoping to find a place where we could sit down and have wave after wave of steamed delights rolled to our table on small carts. I suppose that I should have checked the internet before sallying forth, but hotel internet and I tend to not get along well, so we went unprepared. At first we weren’t finding any places advertising Dim Sum, so we stopped into a place called “Pot Sticker” and ordered the best pot stickers of my memory. The skins were delicate and had the merest air of sweetness. The pork was tangy and just the right mix of tender and firm. I almost ordered a hundred more, but we agreed that we should seek return to our quest. We continued walking with the simple idea that we would look for signs that say “Dim Sum” (點心) and had Chinese people inside eating. If they live there and eat at a place, it has to be at least all right.

Unless, of course, you are really tired of wandering around looking into empty restaurants and you spot a place that has deli-style dim sum and at least a handful of people, so you head in and order before noticing that those people are either elderly or one step away from being homeless, and garbage has blown into the restaurant and not been removed in a timely manner. This was the situation we found ourselves in as we sat down with our selection of random foodlike items. The menus were entirely in Chinese. This was at first heartening, but then damning, as I came to find out. Sarah commented that she saw the first fly of the day in that place. The food was passable at best, but it had been a bit of an adventure and I admit that I took a certain glee in the knowledge that we were gambling with our lives with every bite. Sarah taste tested each item to ensure that it didn’t have any deadly claw shrimp lurking within, ready to asphyxiate me. (If you don’t know, I’m allergic to fish and shellfish)

The pot stickers were sad, pale, rubbery imitations of the beauty and glory of the pot stickers from Pot Sticker, but I thought that the beef-like balls were pretty tasty, until I put some hot sauce on one and then bit clean through a hidden shrimp, curled and ready to strike its bloody vengeance upon me. I spit it back out, and Sarah and I went pale. I gagged, fell on the floor, and expired right there. In fact, I write this now from beyond the grave. 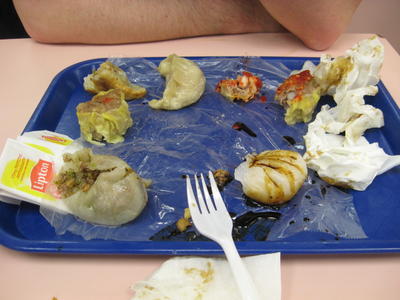 (this photo is by Sarah)

Not being actually dead, we thought that maybe we should exit Chinatown. Unfortunately, an elderly Chinese man named Lo Pan thought Sarah’s eyes were green and kidnapped her. There was a big street fight and then I had to track him down in his lair, which is so improbable I can barely believe it.

After Chinatown, the next logical step was the beach. After all, we were in California, where summer is endless. An hour bus ride up Geary later, we were a mere half mile from the top of the hill that led down to the beach. We walked hurriedly past cute houses perched above their tiny garages are were amazed by the number of white lilies painting the wind with their scents.

“Aren’t those funeral lilies?” I asked Sarah. She looked at me like I was crazy and continued her relentless march west.

I should mention that San Francisco seems gifted with sea, cedar, and acres of flowers. If we could have stopped for even a moment, we would have known what “stop and smell the flowers” means. Instead we blistered our feet onward in hopes of catching even a sliver of the sun before it set over the ocean. 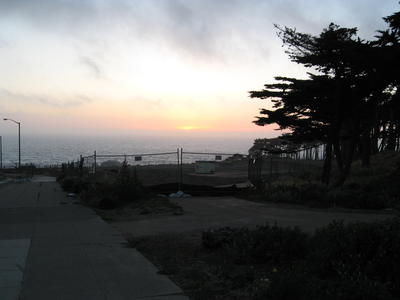 In fact we did! We saw the last twenty seconds of sun before it slipped away. 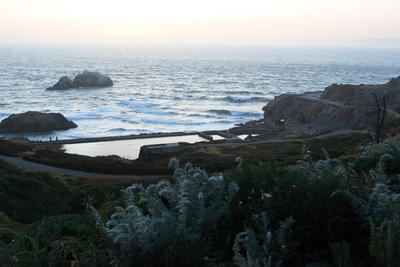 We fooled around taking pictures for a while and went down to the ocean. 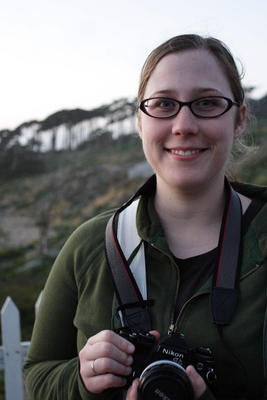 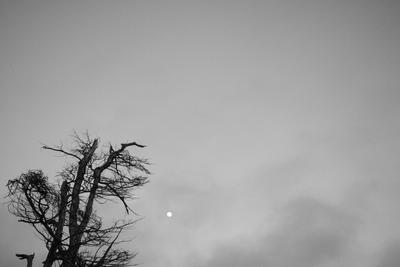 The moon, again. What? I don’t have to pick my favorite of these two — that’s your job. 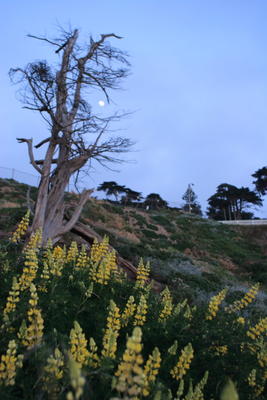 We hiked right down to the ocean below Cliff House. There were warning signs, so I told Sarah that if I fell in the ocean she should let the sea take me. As it turns out, the ocean didn’t want me that day. 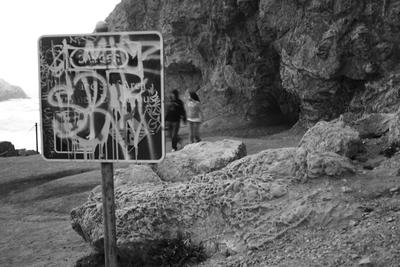 Sorry this isn’t straight. I was too excited to stand still and we hadn’t brought the tripod. 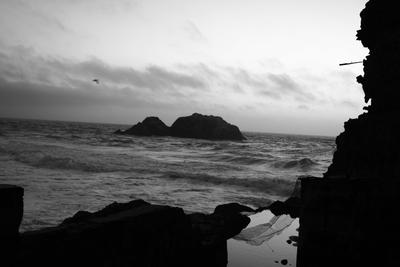 Back at the room, I had to fight Lo Pan once more, but when I defeated him, he turned into a pyramidal pillow. Really! 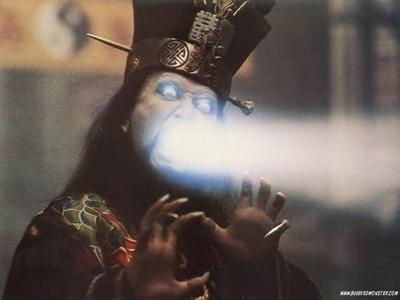 7 Responses to “Chinatown and Ocean Beach ”