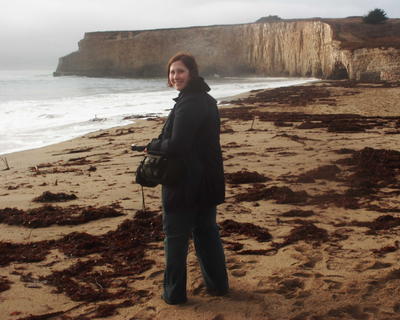 I can drive fast when I choose to, and after spending four days tearing ass across the country on the best (read: terrifying and fast) roads I could weasel out of the map, my tolerance for fiendishly difficult routes has reached somewhat ludicrous levels. I wanted to drive through the mountains instead of on the freeway. Sarah agreed, but by the time we were descending from the pass, he stomach was starting to feel a little icky.

Some rain had finally reached the forests and so verdure had grabbed hold of the hills. The occasional grasslands were still brown, but the brush and trees seemed to have come back to life. Clouds had already covered the sky, but as we rose they dipped to kiss the mountain: tenderly, shyly, but then ardently, teen lovers grasping clumsily and tightly. The windows of my car steamed up.

I pulled over on the occasions vistas appeared through breaks in the trees. At one clear point we could just make out the bay ten or fifteen miles away. At one grey point the ground past the shoulder dropped away into nothingness. Three trees stood crispy and were wet. Their branches held strange fruit that bore a resemblance to pears. I picked one for Sarah to examine. She did, and it swiftly disappeared into blankness upon her satisfactory examination: not a pear. The not-pear made a soft thud somewhere on the grassy floor of the ravine. We drove. Mossy branches prompted me to comment that the mountains felt of magic. The trees passing by our windows beckoned. I confessed that I felt at home amidst the greenery, and then let slip a more dangerous confession: the mountains make me want to write.

We stopped for tacos in Santa Cruz. Sarah felt better, and we soldiered on. The fog had lifted as we reached sea level, but a few miles outside of Santa Cruz the clouds gathered again. I began to get nervous — I hadn’t driven north out of Santa Cruz before, and I wasn’t sure when Highway 1 would draw up to the ocean. Fields rowed past the windows. Craggy bluffs rose and fell around us, then as suddenly as the ocean could arrive, it did. Cliffs fell abruptly to our left and there was the Pacific: grey and crashing.

“I… wow,” Sarah stuttered. “This really reminds me of Scotland.”

A mist washed over the car and the road. We are just visitors, but nature lives here. Some buildings appeared across from a pull off, and I asked Sarah if we could stop to see the ocean.

“Of course,” she replied enthusiastically. The drizzle had stepped up to a light rain. We had dressed for chilly San Francisco weather, but hadn’t taken wetness into account. Nonetheless, we pulled on our coats and opened the umbrella that had been nesting on the floor of my back seat. It squawked and shook at the rude awakening. I pulled up my hood and let Sarah wrestle the umbrella into her own shelter. Around us, sightseers were hustling back to their cars to get out of the weather.

I tire, so I leave the rest of this story as an exercise for the reader to construct based upon the following images and a short list of activities.
We: 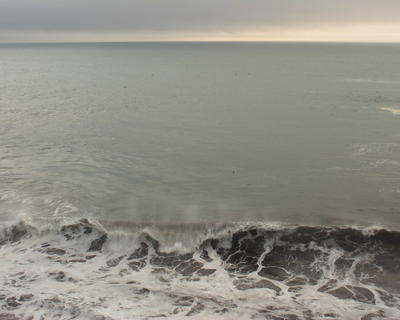 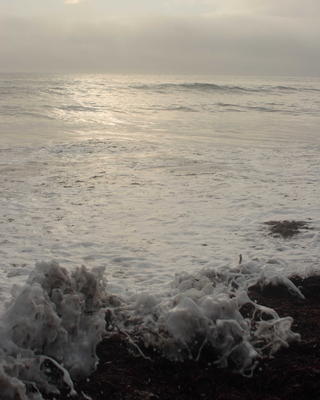 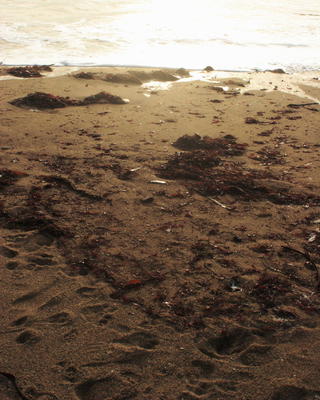 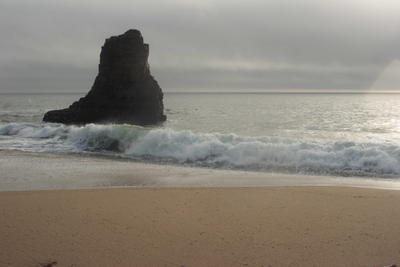 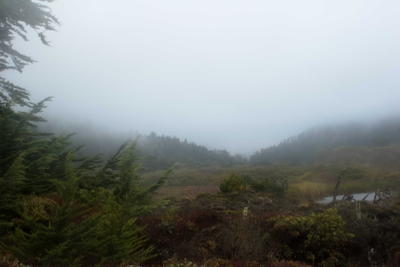 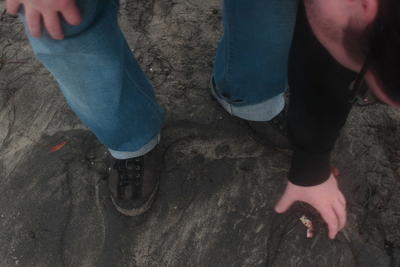 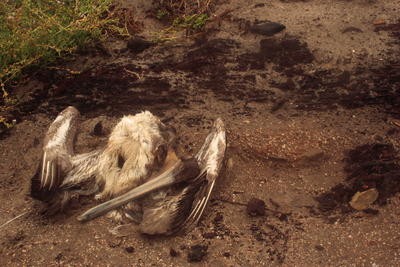 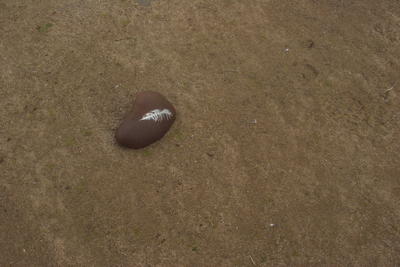 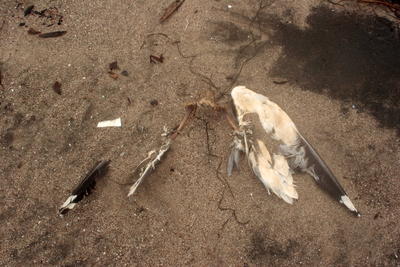 2 Responses to “Sick and Back Again ”