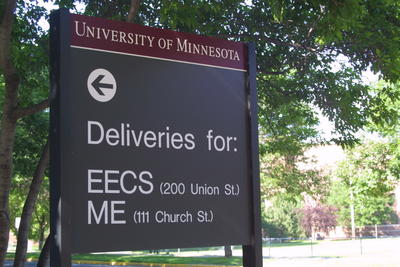 Now, with the extra money do I buy a bus pass or a bicycle? Jeremy/Jamie/Boot said that my steel-framed Schwinn was not worth fixing up, but he may just be a bicycle snob. If I were to purchase a bicycle, it would be with the intent to commute to school/work every day. Unfortunately, it would not save me any money unless it was very nearly free. I spend approximately $50 on gas each month, plus $70 for parking and $50 for insurance (for just the green car). Unless I were able to completely get rid of the green car, I would still have to pay the $50 a month in insurance. Don’t look at me like that, I’m not ready to quit driving cold turkey. 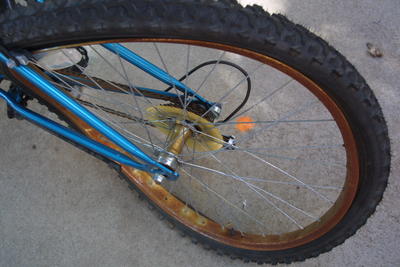 So that leaves just $120 a month savings from not driving. If I can bike through September that is just $360 in savings, which, according to JeremyJamieBoot won’t buy a halfway decent road/commuter bike. I refuse to ride a mountain-bike style bike. They make me turn green and break things. Add in that I’m probably not ready for a half hour commute with a thirty pound backback up and down hills in the sweltering July and a bike becomes less of a savings and more of a recipe for heat stroke. Whatever it takes to convince myself of the value of an oven on wheels, because my car is just such a thing.

The recommended time to budget for a bus trip door to door is a half an hour, which conveniently is also the time it takes me to drive/walk or bike. Unfortunately that doesn’t include showing up at the bus stop fifteen minutes early so that I don’t miss the bus. It also doesn’t include missed transfers, so who knows. I’m buying convenience and global warming when I burn money in the direction of my car. 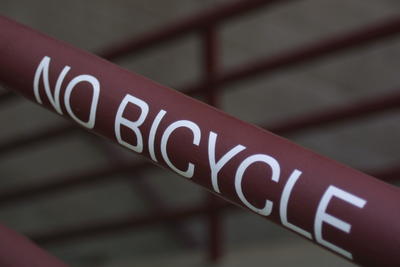 Your task is to not only recommend that I start biking to work but also provide me with cost effective biking solutions. Where can I get a good commuting bike with drop or ram-horn handlebars and reasonably modern braking and shifting systems. I don’t care if the frame is soft steel, brittle aluminum or gleaming mithril. How much and where can I get it? Oh yeah, I want fenders and a rack thing for putting things on. And a pony. I definitely want a pony. In fact, forget the bike, just get me a pony.

What I don’t want are any cost-benefit analyses that include work lost for the heart attack that I will have in ten years if I don’t start riding my bike to work. I think that the lard and bacon sandwiches (hold the bread) that I enjoy for my nightly repast cancel out any amount of exercise that I might care to partake in. I think that I’m having a heart attack right now!

3 Responses to “Well, I thought about the Army ”