What I really did that is beyond the total awesomeness of awesomeness is outfit the developer map with google map goodness. Oh yes, it is as delicious as cake, without all the guilt and crying when I eat it.

This will replace the old and busted things generated by gmt (pscoast/psxy) which was kind of painful to work with.
Old. 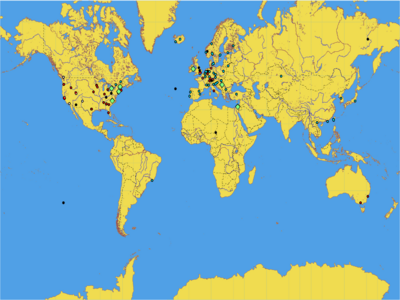 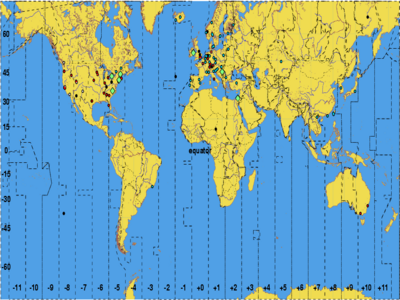 The google maps thing took at most an hour to put together, but I had it working within like ten minutes of starting. I suppose that I do wish that google had timezone info on the maps, too. That would be taking it above and beyond.

I also fixed my script that collects my current track info from iTunes and puts it into a database. That’s what feeds my music page, where all my embarrassing listening habits are exposed to the world. I was more than a little irritated since I lost three days of data mining. It was entirely my fault, though, so I have no one to blame. Audioscrobbler has that data and I don’t, so the win goes to audioscrobbler this time.
http://jpmullan.com/music.php

One Response to “What did I do today? ”