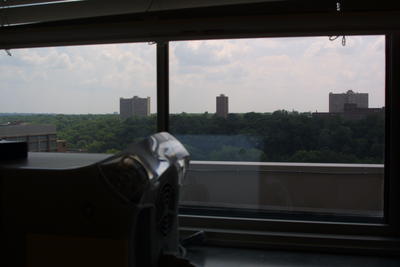 Yes, I am back in the office with the view of trees and occasionally the river, if I stand up. Also, the U released funds into my checking account, so my frantic demands and shouting on my blog appear to have been successful. As soon as my bank agrees that it has received those monies I will immediately buy a pony.

The only mention of TS/ MattiX that I could find on the internet was here:
http://www.radiok.org/top77/previous-years/2000

I would have let you google for it yourself, but the link on google is broken, through no fault of google’s.

2 Responses to “Meet the new boss ”