Tonight, if I finish Ross’s next review in time, I go to Big V’s for five hopefully crazy and loud bands. Do you remember when I used to just go to shows all the time? Of course you don’t, about the only person who has known me that long is Lisa, but even she met me after I was starting to settle down a bit.

Oh yeah, as Noah’s Godfather, I will be raising him Pastafarian. 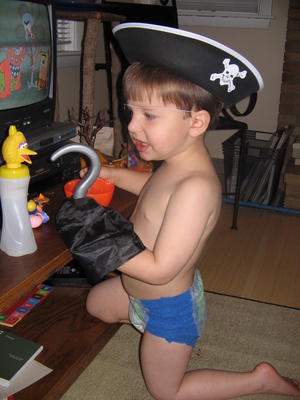 The original point of this was that I still have to write the long version of New York with the circles and arrows and a paragraph on the back to be used against me in court.