Jack of All Trades

The Best Show Ever is Out On DVD! 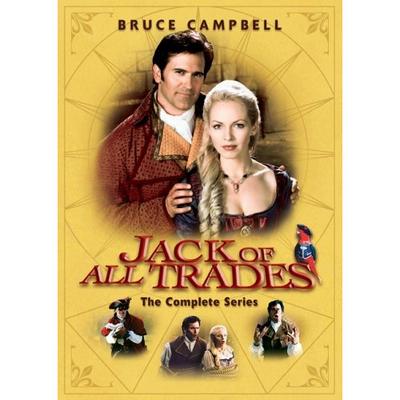 In eighteen-hundred-one the Revolution had been won
And Uncle Sam’s favourite son had a job he needed done
Which brought Jack to a lady, both beautiful and smart
Who found his mix intriguing—a scoundrel with a heart!

From the halls of Montezuma to the shores of Tripoli
There was never a leatherneck braver, a Daring Dragoon is he
He’ll halt the bold advance of Napoleon’s attack
There ain’t a French or pirate rogue who don’t know Jack!

From the halls of Montezuma to the shores of Tripoli
Sailin’ round the bloody world to defend democracy
And when ya need a fightin’ man ya’d trust to watch yer back
Just ask the bloke right next ta ya—it’s… Jack!

7 Responses to “Jack of All Trades ”