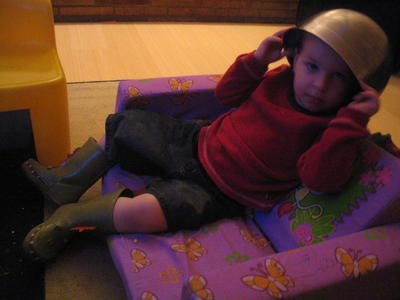 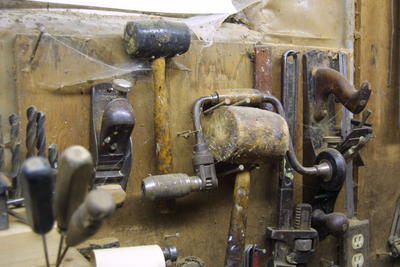 He doesn’t get down there much anymore, so the epic battles between overwintering Ladybugs and the resident spiders go unnoticed.

Hey folks! Over the last fifteen years I’ve learned some things, and want to be more careful about humor and discourse, so I’m not going to leave this particular pile of humor out there. I’m sorry for the homophobia and transphobia. 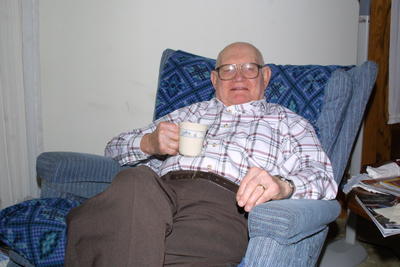 I just talked to Lisa, and little noah is walking from place to place in the house without holding on to anything! Go Noah! He's walking from the living room to the kitchen. Next stop, presidency.

Some of you may have heard the news already, but I thought it would bear repeating. Look for interesting birth trivia after the announcement…

Well, the miracle of birth has been performed again. One more miracle like that, and I think Denise (the mother in question) becomes an official saint, although there is an awful lot of paperwork involved in sainthood.

Little Nali ( ber “nali” ce ) lost 6 ounces in her first day of air-breathing. That’s normal procedure for a baby, and it has left the girl a little thinner but still roughly the same size.

Rumour has it that Nali looks similar to “great-grandpa Berube” , and grandma Alice. For those of you who aren’t in the know, here’s a handy chart:

If this handy chart gets screwed up on your screen, tough. I am not going to make it any clearer.

However, to explain my sisters:

Ellen is my older sister, she is 23 or 24 or something like that, and has a daughter named Haley. Haley is (thusly) my niece. Haley is 1 or 2 years old. Probably a year and a half, but I’m a bachelor, I don’t have to remember that.

(My responsibilities as an uncle include: “got yer nose,” playing catch, tossing the child in the air and catching her, piggyback and horsey rides, safe driving when the kids are in the car, occasional babysitting, and some other things that I’m sure will be brought up at one point or another)

Rosa is my penultimate sister. That means that she is next from the last, or the second youngest. Rosa can talk a little. Rosa is one or two weeks older than Haley. Rosa does not live in the yellow house.

Nali is my youngest sister, being a newborn. I fear (or hope, I’m not sure) that she will be my last sister. Her current activities incluse sleeping, opening and closing her eyes, eating, and defecating. Oh yeah, and every once in a while she gets these little smiles on her face. Babies smile when they are pooping.

My niece and younger sisters are unrelentingly cute and I would throw myself in front of a bus to save them. (if it would save them, I mean, it would make more sense to pull them out from in front of said bus than to try to stop the bus by lying under the wheels. However, this is a hypothetical bus, and, as such, it has no concrete mass or weight, so the throwing of my self under the wheels might actually do the trick. Although, that raises a sticky question: if the bus doesn’t exist, does my gesture of throwing myself under the wheels actually mean anything? Oh damn)

Ellen is no slouch in the cute department, either, but she’s already got someone who should do the bus thing for her, so I don’t have to. But I might anyway, if she were visiting up from Iowa, he wasn’t, and the bus situation presented itself.

Anyway, Family is important. I love all three of my sisters, from the shortest to the tallest. That’s what family is about. Oh yeah, another responsibility that I have is that one day I have to escort the kids to the science museum.

As far as news about me goes- well, I’m working steadily and thinking seriously about school again. This whole ennui and angst thing is getting tiresome. I need excitement, adventure, beer parties, sorority chicks- no, wait, I just want to learn something again. (that was really deep, in case you couldn’t tell)

Well, I’ve got to run home and sleep. It’s another big day at the office tomorrow. I’ve got that presentation for the Johnson account- no, wait, I’ll just be pulling cable. Never mind.