I DON’T BELIEVE IN THE SUPERNATURAL

Just keep telling yourself that you don’t believe in the supernatural, Jesse. I know that you got the chills while reading this story.

I think that I saw a ghost once before I moved in with my mom at around age seventeen. I woke up in the middle of the night while sleeping on the couch and saw something standing on the other side of the dining room at the entrance to the hallway. I looked at the shape, which was bright but not casting any light, said to myself “it’s just the moonlight on a coat, and pulled the covers up around my head, because if the scary stuff can’t see you, it can’t get you. It felt like the thing was watching me. I don’t know if it was watching over me or imagining how delicious my then virginal soul would taste.

The next morning I looked exactly where the shape had been and there was no coat. There was no way that light was shining in the hallway in the correct shape either. My only rational explanation is that I dreamed it the exact look of the living room and attached dining room and was aware enough to think clearly and remember it the next morning. That is actually less plausible to me than the idea that a “presense” was in the room watching me. I’ve seen my dreams, they are like the television when someone sits on the remote control. They are like the scrambled porn that you watch when you are fourteen in the hopes of seeing a purple nipple just once through the waving and distortion. My dreams do not include accurate representations of anything — except that I don’t get the ladies in my dreams, either.

NO! I MEAN I GET THE LADIES ALL THE TIME WHILE AWAKE OR ASLEEP!

So, I’m still trying to think of a costume. Melody was helping me over AIM, and this happened.

Other ideas:
Pan (all I need are furry pants)
Bacchus/Dionysius (purple toga, grape wreath, and unbelievable amounts of booze)
UrbanDictionary.com (basically just write HOT CARL on myself)
THE KRAKEN (either a squid costume or a prog rock band)

I have a feverish imagination.

So… are you going?

So, are you going to Paul’s thing?

Oh, don’t throw away that invite here, he might see it. That’s be mean.

Well, I’m just gonna say that I’ll be there if I can get a ride out to Northeast.

Yeah, thank goodness he lives in the middle of nowhere. I’m totally using that excuse. Or I’ll say that I lost the invite.

Of course, maybe I imagined none of this, but was merely on the other side of the cubicle wall filing something, and then later I saw the invites in the bottom of the dumpster in the basement of Coffman. You all said that I was paranoid for searching all the garbages, but who is the crazy one now? WHO IS THE CRAZY ONE NOW?

I’m thinking of wearing a tinfoil hat for my Halloween costume. 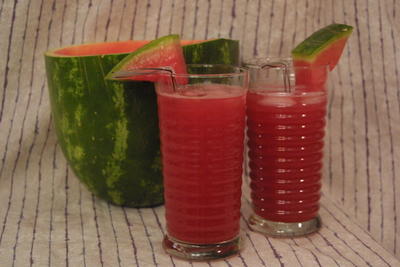 You’d think that I would be satisfied

Cake Woman and I went to the MIA, where, unlike when I went by myself, we were not followed by a herd of security guards. Then we hit the Electric Fetus. I was unable to prevent myself from purchasing Fiona Apple, Laura Veirs, and Matson Jones. Then we went to the Bulldog. Cake Woman bought me Delerium Tremens and mini corn dogs. She had a birthday thing with her quasi fam at five, so I came home to work on my freelance web thing and ended up babysitting Noah and his three bowel movements for four hours. I wasn’t able to eat the leftover lentil soup that I heated up because it was the exact color of the things that Noah play-doh factorized into his diapers.

You have no messages.

Whoever recorded that with the emphasis on no is a sick person.

On a happy note, Noah and I sang at least three thousand verses of Old MacDonald. Highlights included all the old favorites as well as monkeys, snakes, and a pterodactyl. We are fucking awesome.