I think we have a case!

The President, Vice President and all civil officers of the United States, shall be removed from office on impeachment for, and conviction of, treason, bribery, or other high crimes and misdemeanors.

Treason against the United States, shall consist only in levying war against them, or in adhering to their enemies, giving them aid and comfort. No person shall be convicted of treason unless on the testimony of two witnesses to the same overt act, or on confession in open court.

The Congress shall have power to declare the punishment of treason, but no attainder of treason shall work corruption of blood, or forfeiture except during the life of the person attainted.

Who do we know who has lied to us, started a war against us, and aided our enemies?

There were no weapons of mass desctruction. Iraq did not have ties to Al Qaeda. The Bush administration stoked the fires of war based on lies that took advantage of our continuing grief and fear.

I can pretty much guarantee you that the Bin Laden family are our enemies. This administration assisted their escape from the United States.

Don't wait for the election. Impeach Bush. Impeach Cheney. Impeach Rumsfeld and all of the co-conspirators in the pillaging of America.

If a tree falls in your back yard

You know, it's really hard to get a sense of scale from a tree when it is upright. You can walk around it, try to climb it, or throw things up in the branches, but they deceive you. Maybe it's foreshortening, or slimming lines. I wonder if the secret behind big hair is that proponents are hoping to create the same optical illusion as a big tree - the top just kinda diappears in a froth of leaves, or hair.

That coworker brought in more food today - this time it was eggplant in a spicy tomato sauce. It melted like butter in my mouth. So very delicious.

I know that you are too lazy to look it up, so here's a nice link to “eggplant.” It has lot's of translations. Did you know that eggplant is a berry?

A coworker of mine brought some delicious Yemeni Jewish foods to work. There were a couple of salsa/chutney/curry things, which were okay, and זחוג, which was a paste of cilantro, garlic, “cumin-like spices,” and hot peppers. That was suprememly delicious. I'm not usually a fan of cilantro, but this was WOW.

I still have to ask him what it would go with - although I could eat it straight up on bread - the recipes online (I will leave the googling to you) give a lot of possibilities, but I'm thinking pita.

Written on Wednesday, the 7th of January, 2004 at 2:39 am and was filed under: Diversions, Speaking in Tongues

You know already that I collect odd words, but did you know that i specialize in embarrassing foreign words? You should hear my spanish translation of the “milk milk lemonade” song.

Anyway, swear in Norwegian all you want!

Sadly, it wasn't as funny as I had hoped, although there were moments. 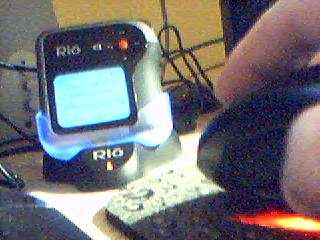 Big time hollywood stars often get paid big money to do schlocky, cheesy Japanese commercials. But the contracts are written to specificially prohibit broadcast in the US. Well, thanks to the magic of the Internet, you, too, can see your favorite movie stars in stupid commercials.