Those Shoes Are Mine, Bitch!

Melody and I were looking at shoes on the internet, because I am a girl.

It took me a long time to pick my Surly out last summer. Since then I have lost a few pounds and spend a bit of money on things like bike clothes. I can’t say that I really love biking. Honestly, it’s more fun to drive. However, I cannot argue with the fact that biking is the fastest way for me to get to work aside from being dropped off in front by someone else in a car. It also saves me $3.25 a day in parking and about $50 a month in gas. Yes, it is more expensive to park than to buy gas. Oh well. 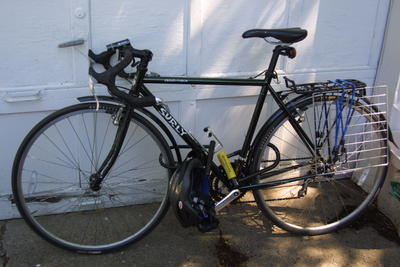 I’m thinking about adjusting the handlebars on my bike. I think I’m just a bit too fat to get down into the drops — I mean, my torso is freakishly long. My Surly is a wee 49cm model, but my torso belongs to a much larger man, and not just in the gut region. I’ve been working on the seat position and I think that my ass is finally happy, but now my hands are falling asleep and I’m just not comfortable hunched over.

Here’s the winter configuration for comparison: 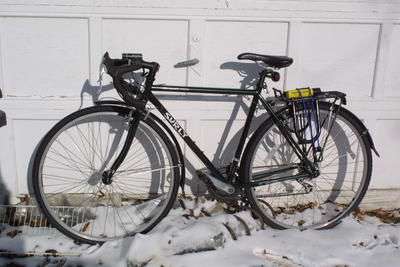 The skinny summer tires did make a difference. The bike is faster. Never mind.

Paul Made Me A Robot

A Joke For You

What kind of car do pirates drive?

Isn’t Memorial Day weekend usually rainy, or at least not one hundred billion fucking degrees? I already had the air conditioner in the window, but I really thought that I would move to Anoka this week without turning it on this year. If you’re curious, it was already in the window because I switched the screen from the air conditioner window out for the screen that Stan had cut a few weeks ago when he and Lisa were locked out. You see, they could get the ladder from the garage and I had a window open and hilarity ensued.

This Is What Lost Did To My Hair 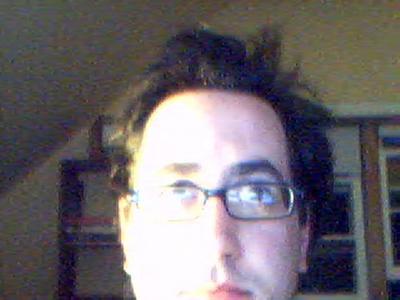 I know that this has been everywhere, but Zach showed me, and then I had to share.

Sneak up on your opponents with a surprise semen attack! Just when they think you’re coming at ‘em with water, blast ‘em with a shot of icky semen! Shoot out globs of gooey semen and then drench ‘em with water! It’s a double blast attack that’ll keep your opponents on their toes and running during every water fight. With the OOZINATOR blaster you don’t just get soaked, you get drenched!