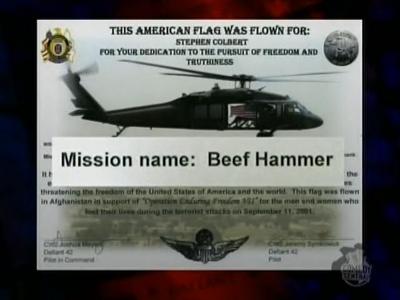 Okay, so covers of Decemberists songs in disco style, and we’d call ourselves the Discocemberists.

Oh, wait, they did that themselves with “The Perfect Crime.”

Sigh. I just wanted to say “Discocemberists” because their name lends itself so very well to puns.

I had a physics “test” today. It was multiple choice and featured questions like “what is the bright thing in the sky that shines a light on the world?” The answer, of course, is my pants, in all their glory. My pants make the grass green and the sky blue. Hooray!

I bookended my test with visits to the Whole Music Club in the basement of Coffman, because they have cold press coffee and a supply of Radio K DJs, some of whom are jerks for not returning phone calls, but this time they actually played my request. I often feel like a dork for hanging out, but it’s a chance for me to dance and stand next to the “cool table.” Paul (not Armstrong, but the other Paul — and I don’t mean new Paul, whose name is actually Kamran, but rather, Paul Lindquist, who actually no longer sports the black rimmed emo glasses that classed him right alongside Zach, Dave, and myself in the “trendy glasses” camp — wait, doesn’t original Paul have some emo glasses without lenses? I think that he does, so, at one point there were two Pauls in the “hot glasses” camp, so, uh, where was I before this long aside that rambled all over the damn place?) hinted that maybe, just maybe, I should consider volunteering at Radio K, which, although technically the most appealing thing in the universe that I can do with my clothes on, is probably not in the cards because I am not volunteering for anything. I declared a moratorium in 2002 or 2003 so I could get my life together, and I don’t think that midway through college is quite the place for me to start “doing stuff” again.

I already shot five rolls of film for my project, but the prof said last night that I should abandon all hope — I mean — change my project from Minneapolis to self portraits. GREAT. Yes.

“You should be in every shot,” she suggested.

So, I could drag the tripod out again, set up the shot, click the shutter, run to place myself, rinse, repeat. Times two hundred. For all my recent vanity, I do not want to look at my damn self in photos!

I think that I missed my chance to swear in this post.

I’m going to crawl into bed soon, but I wanted to mention that while looking at my photos from the 2005 Gallery thing in New York, Sarah and I figured out that she was living one block away from my hotel during that trip. I had to go dateless to the banquet that year when I could have been putting the moves on her! One block!

In other news, holy shit. After years of playing close to the vest, pretty much everything is out in the open with Sarah. This is completely uncharted territory for me, so of course I am absolutely terrified. It’s awfully hard to pace the relationship given where I’m at emotionally, but I’m not scared of hard — especially when it involves a pretty girl. Especially if she’s bright, funny, and driven. Slow. Slow slow slow.

I’m kind of torn between going to see Stranger Than Fiction at Wynnsong or Haley Bonar at the Varsity Theater. Decisions, decisions.