Everyone should punch me in the nuts when I do stupid things, like right now. Tomorrow will be too late, except for Paul, who got a raincheck.

Argh. Okay, so I go home, change, go out, don’t drink too much, then go home and stay up all night to do this homework. OR I stay here in the nerd room and swear a lot because this is the most tedious homework ever.

Despite a rambling and agitated email, I really am fine. I’m not at work any more, so table your requests to Radio K, or just send them directly to me. Okay, no one has any requests, and my rambling and agitated email probably just pissed off the recipient, so now the friendship that I had been trying to brew when it got interrupted by non-dateness is probably ruined too. Of course all my friends are like “she’s fucking crazy!” 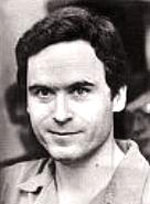 I guess that either Stan or Lisa will be attending Brendan Benson with me, especially since I don’t know anyone else who stole my copy of One Mississippi and played it over and over again in their car.

Or maybe I will go by myself. I need a wingman.

I can no longer deny the world my super greatness! 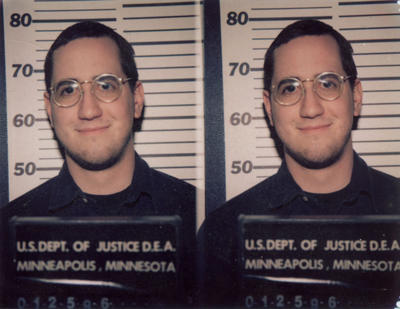 Hey, remember when I got arrested?

If I were any more naked I’d be impossible

Anyone who is confused by my life raise your hand now.

In Minnesota the saying is to dress in layers. Well, I made a phone call and then took off some layers. I took off some more layers. I took off layers that I wasn’t even wearing, but still heat pressed down on me with a giant monkey hand, pressing me into a sleep full of very strange dreams, almost like hallucinations. According to my window thermometer it is 78 degrees outside and 86 in my room. Ugh.

Depending on your imagination, I may or may not be wearing any pants right now. I suggest that you decide which state is more appealing and only imagine that one. If that state is the state of pantslessness, maybe we should talk.

When Lisa and Stan left, Noah started crying very hard and then crawled into my arms. I hadn’t held him like that since he was just a few months old and we would take naps together. Eventually he stopped crying, mostly because I outlined my four point plan for the evening:

It turned out to take too long to make the pizza, so we didn’t go swim at the park, even though it was the kind of day that commands a person to go lie down in chlorinated water while three year olds splash you. How is that not an hour of heaven?

We did go to the park, but I had to carry Noah up the hill. He was being extra cute as we passed a house where five women were seated around a patio table drinking. I sensed their heads swiveling to face me even though all I could see were shadows. A light flashed, which was either a picture being taken of Noah and I, or the sound and fury of five women simultaneously ovulating.

Ladies, please. Last night I went to a trashy movie by myself at 10:30 at night with macaroni and cheese on the shirt that I had worn to sleep the night before. Well, it was just the cheese, but whatever.

Later, as we were walking back down the hill, Noah wanted to run, but tripped, tumbled, and bumped his head a little. Immediate, giant tears poured out of his eyes and he wanted to be held right away so he could scream closer to my ear. I settled him down again and we sniffled our way down the hill. Again the invisible eyes tracked us, and I distinctly heard an “aww” as the last glow of twilight glinted in a tear rolling down Noah’s cheek.

If I ever become completely evil I will just go ahead and use Noah to get dates. Oh yeah, my dad used to do that with me.