I hope this gets you over your Seasonal Affective Disorder

No, sorry. If it were that easy I would just put the Diabolical Biz Markie on repeat and drag myself out of it. Fuck yeah. However, NYC planning is going well, and as soon as I write one single paragraph for CSci 3081W, I will go to bed with a beautiful woman during the 24 hours of Valentine’s Day, and this time I didn’t have to pay for it and I probably won’t get crabs.

Tonight, Cake Woman told me that she is taking me to New York City for spring break. This is the best Valentine’s Day ever, and it isn’t even Valentine’s Day yet. I usually can’t put into words how Cake Woman makes me feel, but it is always something akin to elation. When she smiles at me it’s like I’m not even on the planet anymore.

Coworker: Bla bla bla purse bla bla bla.
Me: I have a man bag
Coworker: Really? What does your man bag look like?

The jokes, at that point, made themselves.

They announced free t-shirts on Radio K, so I ran out of the office and down six flights of stairs to the basement to get one. They only had large shirts, but oh well. Then, I saw King Kwong’s girlfriend whom he had said had called me creepy (deeply wounded I was) and I tried to flippantly mention it, but my three or four hours of sleep betrayed me, and it came out in a confused jumble that ended with me wanting to run run run.

I did not have a camera, so there was no photo of DJ Paul, Dave Hill, Zach, and I all wearing our emo glasses. I kind of wanted to start a band called “the Emo Four” but there was no time and the last thing that the world needs is four more grown men crying to sleepy beats.

Written on Thursday, the 9th of February, 2006 at 9:51 am and was filed under: Photography 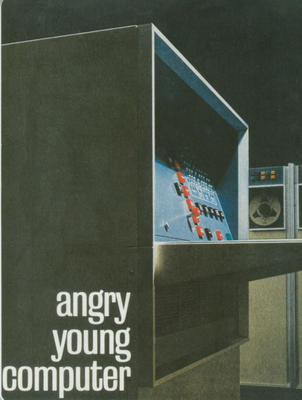 Apparently there is a CD of music by the same name.

I’m feeling much better in general, except for that nexus of homework that has hit me. I have more to do but my eyes are burning already, so I guess that I will ahve to try to “get up early” or “do it instead of paying work.” This semester has not been great for me getting work done. I’ve either been distracted or… I dunno… crazy or something. I used to have distractions well under control — a fifteen minute tour of the internet would lead into me biting down on a problem and taking care of business. Now everything is looking NP complete, which basically means intractable, which basically means that computers can’t calculate it in reasonable amounts of time. I just want to tell everyone to fuck off and take myself to someplace warm and sunny where I can sit inside with the windows open and nap or something.

My mom went with me to buy schoolbooks and then my glasses, which involved visiting Coffman (where I work, but on a different floor) and then the north suburbs. At one point I tried to drive from Blaine to Brooklyn Park, or something like that, and the moronic traffic and ill-designed roads caused me to unleash invectives that actually melted the windshield of my mother’s Camry. Later I shivved someone in a store.

I figured it out, though, while sitting and waiting for the salesperson to finish my glasses order — my broken and cockeyed glasses are causing my murderous rage. Interestingly, the rage came on before the headache, but now that my eyes feel like they are being plucked from my head I will no longer be able to climb to the roof of a building with a high powered rifle and shoot people. Instead I will have to use a shotgun or grenades at closer range. It will just be easier on my eyes.

I’m gonna go lie down and picture rivers of blood.

Where is my GODDAMN COFFEE?

This is the third day that I have woken up wanting to kill everyone. I have been specifically forbidden from pounding the keyboard with my fists at work, so I don’t know how I will deal with my inexhaustible and inexplicable rage.

So, h0bbel decided to tag me with another useless meme so I guess I better follow through…

She Wouldn’t Hit Me If I Didn’t Deserve It

Somehow my glasses got broken, so I have to buy new ones. Here’s my new prescription: