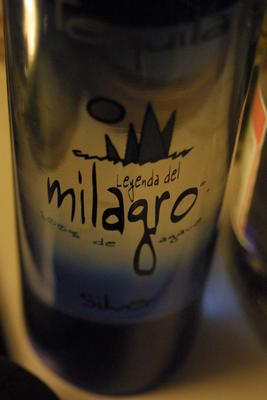 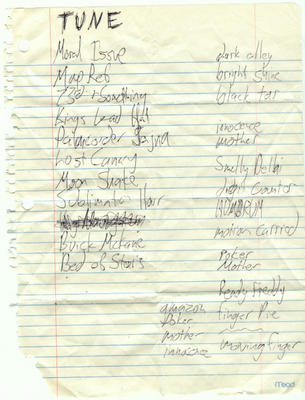 I appear to be on page five of the results for “Jesse Mullan”. If you are going to index my web site infinite times each day, please put me back to number one.

Lest anyone get too big of a head about how pretty and smart they are, here are my top five heartbreaks:

Some explanations, in order:

Now, honestly, give me like a couple of hours to get some nutritious alcohol into my system, then you’ll get a real response.

Don’t ask me to list all the hearts that I have broken. I might as well stab myself in the nuts, thanks.

As long as I am rambling uncontrollably, this is the vague schedule for the upcoming weekends:

I’m trying to think of a good Grease joke, but you will just have to make your own, because when I think of Grease all I can picture is John Travolta’s creepy grin, and then Karate Kid was all burned and he was a hero, but he was just a greaser, and… wait a minute. I’m confused.

If you want to assemble the Grease joke that I had in mind, alcohol is Danny Zuko and I am Sandy Olsson. Your final product should include singing, or it doesn’t count. Go!

For all your “how long is the drunken stagger home from the bar” needs.

In NYC I rode the subway directly home from drinking.

If you have been in class with me you have probably been annoyed by me making origami boxes to hold pencil shavings (so I can sharpen pencils at my desk). You have to have something to do to keep awake when the professor is teaching to the bottom third of the class.

Anyway, This “bowl” design seems like it might be a little more straightforward. I should start precutting origami paper out of old notes and handouts now.

Props to boing boing for this 2003 link!

So… seriously, how was it?

jessepmullan: so I went on a date with a woman from the personals tonight. we had set up the whole walker thing and all, but I mentioned in an email that I was doing a dallas orbiter double header, and she was all “I love dallas orbiter” and I was all “let’s go! awesome!” and then when I was on the way downtown we talked on the phone and she was all “I met greg [the drummer] through the personals!” and I was all “whaaaaaaaaa?”
jessepmullan: hilarity ensued
jessepmullan: shit, I have to put my sheets in the dryer

I measured it. It was only had three ounces of tequila. It was just enough to mess up my typing, but not enough that I can’t retrieve the misplaced keys.

If I put on some semblance of pyjamamamas I can just go sleep on the couch downstairs with the Crazy Quilt and thadaklhsd a;sdfasdfasd
fa sdfasdfa;sldk
a

Okay, so a little while later I’m a little more sober again, and the honest answer is that I don’t think that she and I clicked very well. Also, I was thinking about someone else for the twenty minutes that I waited in Brits because I wanted that particular reader to show up instead. Great, now I’ve said too much. Maybe I’m not very sober at all.