I See You Peeking

Okay, so I have a photo assignment that involves shooting portraits of strangers, people I know, and my self. I’m fairly sure that I have lined up myself for a reasonable amount of time, but the other two are still kind of tentative. You, and I mean you, the one reading this blog, have a unique opportunity to have me turn one or more of my lenses in your direction and catch all your best sides, which are all of them, because I’ve seen you and decided that you’re quite all right to look at. Obviously for the time being this only applies to people in the Twin Cities metro area, since my ability to travel is limited.

Me first, because I should show that I’m fearless. I’m awful tired. 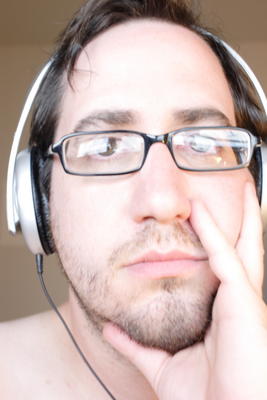 Holy crap I forgot to drink coffee for two days. Maybe three. I’m not sure what day it is any more.

I just sent a terrifying email to one of my photographic subjects from Pride asking for a more formal shoot. Gah! I don’t think that I cracked wise even once. This is why I need to pour coffee into myself nonstop: so I am never “off.” There are characters that I play (like the one who writes these posts) and at least one of them must always be active or… I dunno. Something. Something bad, I think.

I’m quite excited that work is letting me celebrate “International Jesse Day” tomorrow. Traditionally celebrated on the last available day before “personal holidays” expire, International Jesse Day starts with a ritual “sleeping of in” and is followed by the “running of errands” and the “consideration of the possibility of calling unemployed friends for the doing of stuff,” and “attending of parties.” These are all excellent traditions worthy of being maintained. Not the One with Kevin Spacey

Yesterday I biked over to my therapist’s office through a mire of stagnant air and climbed the flight of stairs into his darkened waiting room. He wasn’t there — the boombox that normally trickled out classical music was silent. I checked my appointment card, I called and I waited. The thermos in the waiting room was out of water, and only the ice cream truck crawling by outside marked the passing of time. One bar of music accompanied the ripple of reflected light across the ceiling.

Noah has mad skills: his birthday party today featured pirates and a half dozen girls.

I dressed like a pirate for a while, before the costume got too hot. I think that you know what time it is

Zach made Mario, and I photographed Mario for Zach: 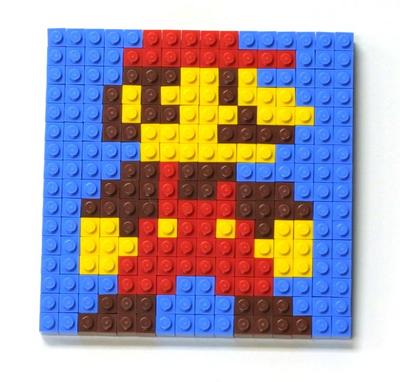 This morning I checked my “mailbox” at “work” and found that my boss’s boss’s boss had signed off on my “Regent’s Scholarship.” More importantly, there was a coupon for a free Jamba Juice. I already knew that their smoothies were some sort of blender candy, but their “Chocolate Moo’d” smoothie tastes exactly like Reese’s Pieces. I think that I am going to “die.”

I finally met my next door neighbor, Hailey, who is stealing — I mean borrowing my wifi connection. There’s nothing like meeting new people while drenched in sweat. Speaking of new people, I stopped by the One on One Bicycle Studio to ask about fender painting for John and bike upgrades for me — not that I can afford them, but a boy can dream…

Also, I think that I might have met Roger Lootine. I was a little shaky from the heat (and trying to outrun a truck after finding myself in the wrong lane… result: not dead) so I didn’t introduce myself, even though he thought I was “Pete.” He may also have been picking up a lady, which is the best possible imagining I could have. I hope he did well.

Do Androids Dream of Electric Balls?

One of my coworkers strolled into the web office this morning to make a loud proclamation.

“I had the weirdest dream about you last night!”