Apparently I arranged my schedule too well, since I used up my 20 hours of work time by one pm today. This rules! Maybe I should have bought books or submitted that form to my advisor before leaving campus. Oh well.

You know the street — 19th, or 10th, or whatever the hell eventually becomes Johnson. It goes across a bridge from the West Bank to University — right by the Amoco. There’s a sign that you can see when you go Northbound on that bridge that says something like “treat your suicidal depression or die!!!”

Anyway, I thought that it looked more like it should say:
“If I weren’t so depressed, I’d ask you to take your finger out of my ass.”

At least Cake Woman thought it was funny. That’s why I like her so much, because she pretends to think that I’m funny, even if you don’t. 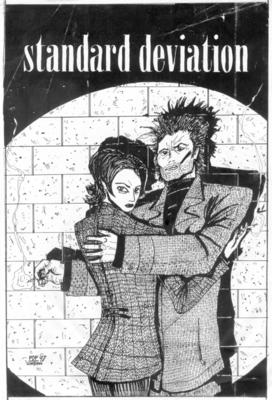 I can’t say that I snapped into consciousness like some sort of evil robot, but my eyes are open and I am not in bed. If it weren’t for having received a wake up call I could almost claim adulthood. Now let’s see how well I wake up in a month or two.

This Kid Is A Genius

Noah: Knock knock
Me: Who’s there?
Noah: Boo
Me: Boo who?
Noah: Boobies!

He came up with this all on his own!