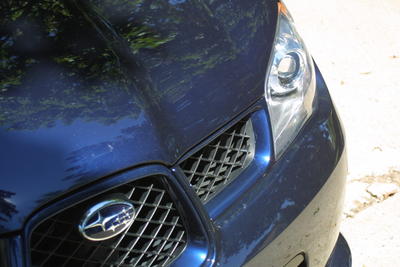 Watermelon For Paul And Zach 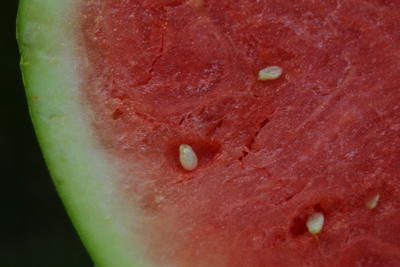 The other day I had a sudden craving for watermelon, so I took some pictures while I gorged on it.

I’d post pictures of my car, but my camera is in Anoka.

Get The Orange Bucket!

When I cleaned up my bike for spring a few months ago I bought one of those orange buckets from Home Depot to put stuff in. I wasn’t sure that it was a good deal as such, since we already had buckets around the house, but it has sure been used since then. We used it cleaning the new place and cleaning up the Keathly household for parties and such.

Then there was yesterday when I came home from school/work because I wasn’t feeling well. I was a bit nauseated, so I asked Lisa for a bucket in case I had to throw up. She brought me one of the gallon-sized popcorn bowls. The time came for me to vomit, and as the bowl neared the halfway point, I managed to stop long enough to gasp “get the ORANGE bucket” because I was starting to worry that I would need five whole gallons of vomit capacity. Lisa brought the orange bucket, and there was a successful switch during my next round of vomiting seconds later. The third round wasn’t quite so spectacular — I just threw up the shot of Pepto that I had tried to choke down.

Oh yeah, the linear algebra class is using a different book, so I’m out $90 for a used one.

Those Shoes Are Mine, Bitch!

Melody and I were looking at shoes on the internet, because I am a girl.